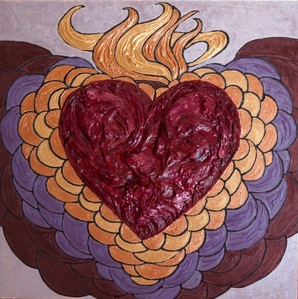 Love Potion No. 1 by Jill Sattler
The highest compliment that I have ever been paid was to read Los Angeles Magazine and have my work described as “spirit calming to the patients at UCLA”.  Additionally, the Department of Spiritual Care at UCLA wrote that my work used in conjunction with the healing of patients “captures a deep sacredness and intimacy that brings a spiritual dimension to our environment”.

Jill has the honor of having more than 100 of her works of art on permanent exhibit at UCLA Medical Arts Center in Los Angeles and is now part of the permanent collection at Museum of Fine Arts Houston.