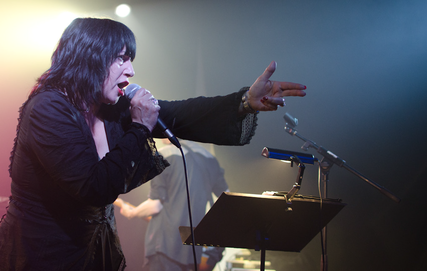 The first performance, “An Evening with Lydia Lunch” is Thursday from 6 to 8 p.m. at Gallery 525, 525 W. El Roblar Drive in Meiners Oaks.  The second event, “A Special Evening Performance with Lydia Lunch and Post- Catastrophe Collaborative Workshop Participants” is Sunday at 6 p.m. at 4056 Grand Ave. in Ojai.

Cited by Time Out magazine as “one of the most influential performers to have emerged from New York City,” Lunch first burst onto the scene in the 1970s at the age of 16 with “a small suitcase, a winter coat and a big attitude.”

Since then, Lunch has performed with countless bands including Teenage Jesus and the Jerks, 8-Eyed Spy, 1313 and, most
recently, Big Sexy Noise. She has toured internationally as a spoken word performer, and taught workshops in performance at the San Francisco Art Institute and at David Moss’ Institute in Living Voice, in Ghent, Belgium. Lunch has written five books, which have been translated into seven languages, released more than 30 albums and acted in numerous films.

A list of individuals with whom Lydia Lunch has performed or collaborated reads like a Who’s Who of the avant- garde, alternative, Punk and post-Punk generation: Hubert Selby Jr., Henry Rollins, Jim Thirlwell, Richard Kern, Exene Cervenka and Karen Finley to name just a few.

After several decades of expressing edgy, poignant music, and spoken word performances defined by her passionate view on politics, the environment and the plight of women in the world, amid the hugs and expressions ofgratitude following her performances, Lunch heard a recurring question from women, “What do we do now?”

In response, an idea was born: a collaborative artist’s workshop for and by women. Designed to use the collaborative process as a transformative means of expression, catharsis and connection, the first workshop took place last year in Rennes, France. It was a positive experience for the participants and produced an array of powerful art works.

As a result of the success of that first workshop, another was conceived to take place this spring in Ojai. Lunch invited a group of women artists to facilitate the workshop including, singer/author Adele Bertei, multi-media artist Elise Passavant, sound/movement/yogi /Butoh dancer Vanessa Skantze, artist/writer Jane Handel and visual artist Kelly Luscombe Bea. Lunch will be on site to guide, cajole, entertain, and inspire.

Visit www.postcatastrophecollaborativeojai.com for information on fees and enrollment. 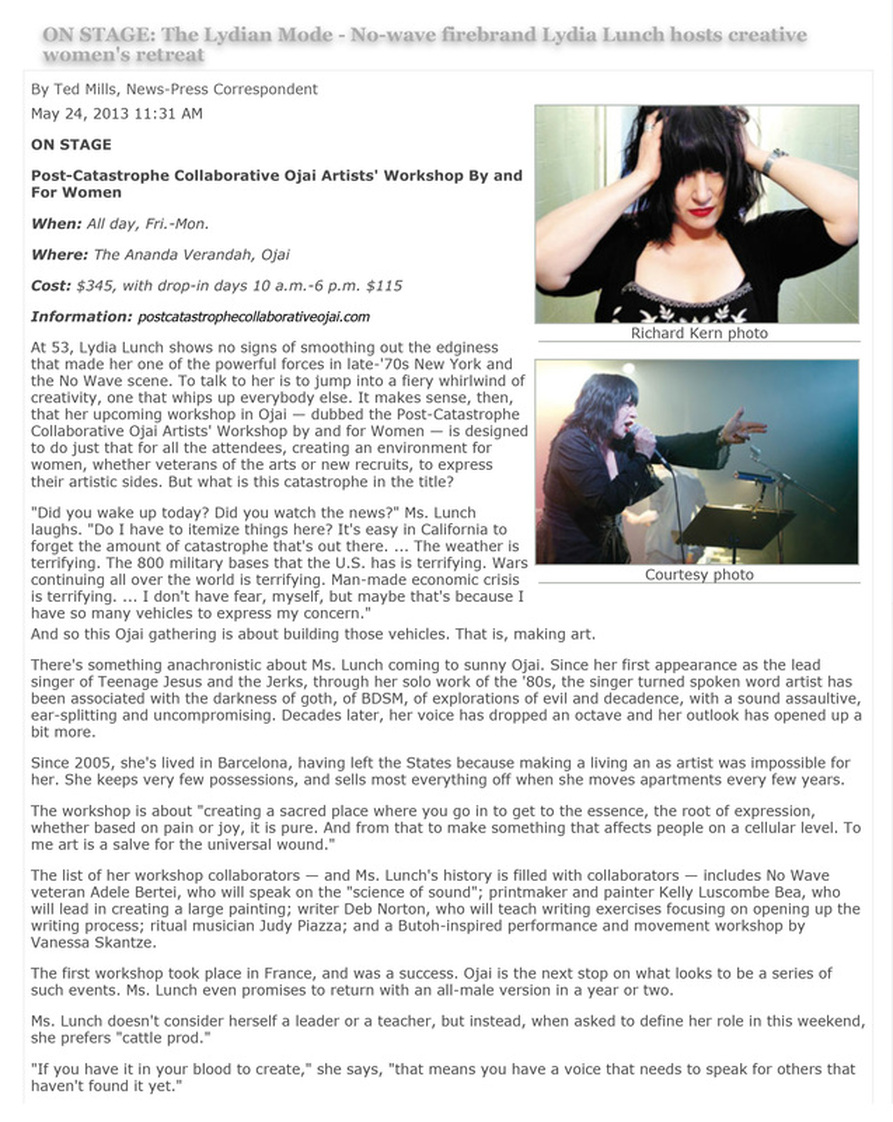