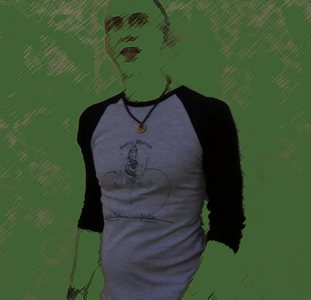 Born with a creative bug robert found his way into nasa test laboratories until government cut backs forced him into a design center where the better, faster cheaper mantra unleashed untold stress in peoples' lives.  he went on to join a fresh design team creating a promising rocket system which was co-opted by a mega corporation and the government to launch massive spy satellites.  he then went into physics classrooms to teach and learn until no child left behind sapped educations' creative spirit.  laying aside these careers robert has turned to his everlasting and deeply dedicated vocation of art.

My intent is to combine objects associated with energy and place them in an art context.  I often draw upon the definition of energy - ability to do work - to explore relationships between human and naturally created forms of energy.  Within each particle of life there is an ability to transform energy, that impetus sets in motion a changing process creating and destroying states of energy in a naturally dictated chain of events.  My choice of materials and processes attempts to crystallize links within this chain so that viewers may perceive moments within this dynamic exchange.

Yoga and Meditation are two of my passions, both integral to painting and sculpture.  The balancing of a peaceful exterior concealing inward energy,  surges of energy against subtle shifts or dormant potential grounding the kinetic.  This metaphor attempts to enlighten humans control over initiating events and the natural processes we are inescapably enmeshed within."